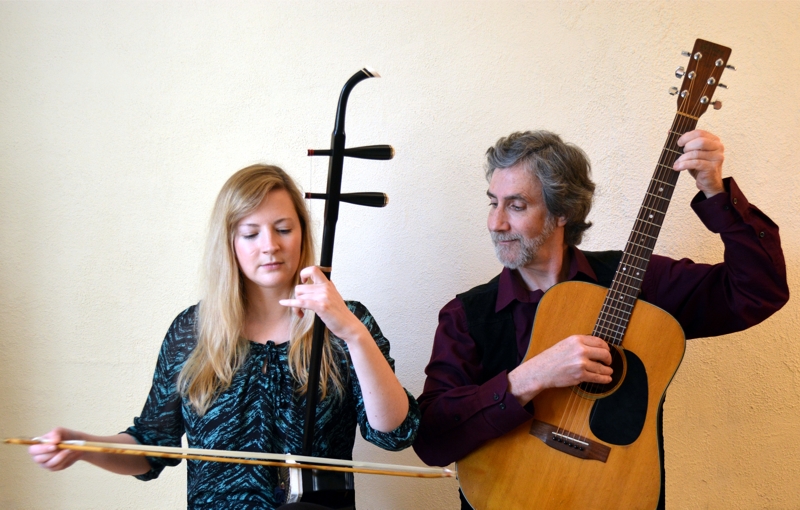 Liesel now plays fiddle in the Celtic band "Eira"  (Click HERE for Eira's page.)
Liesel Wilson began playing violin at age four, and Tom was her "fiddle teacher for several years in the early 1990s.
After a lifetime of musical achievement and study in China where she learned to speak fluent Mandarin and play Erhu,
Liesel moved back to her hometown and toured briefly with Tom and TrueGrass!
Liesel is an amazing virtuoso on both Fiddle and Erhu, and her beautiful alto voice is entrancing.
Liesel now tours internationally with Eira, and their new album is scheduled for release in Spring of 2020.

BACK TO TOP OF PAGE